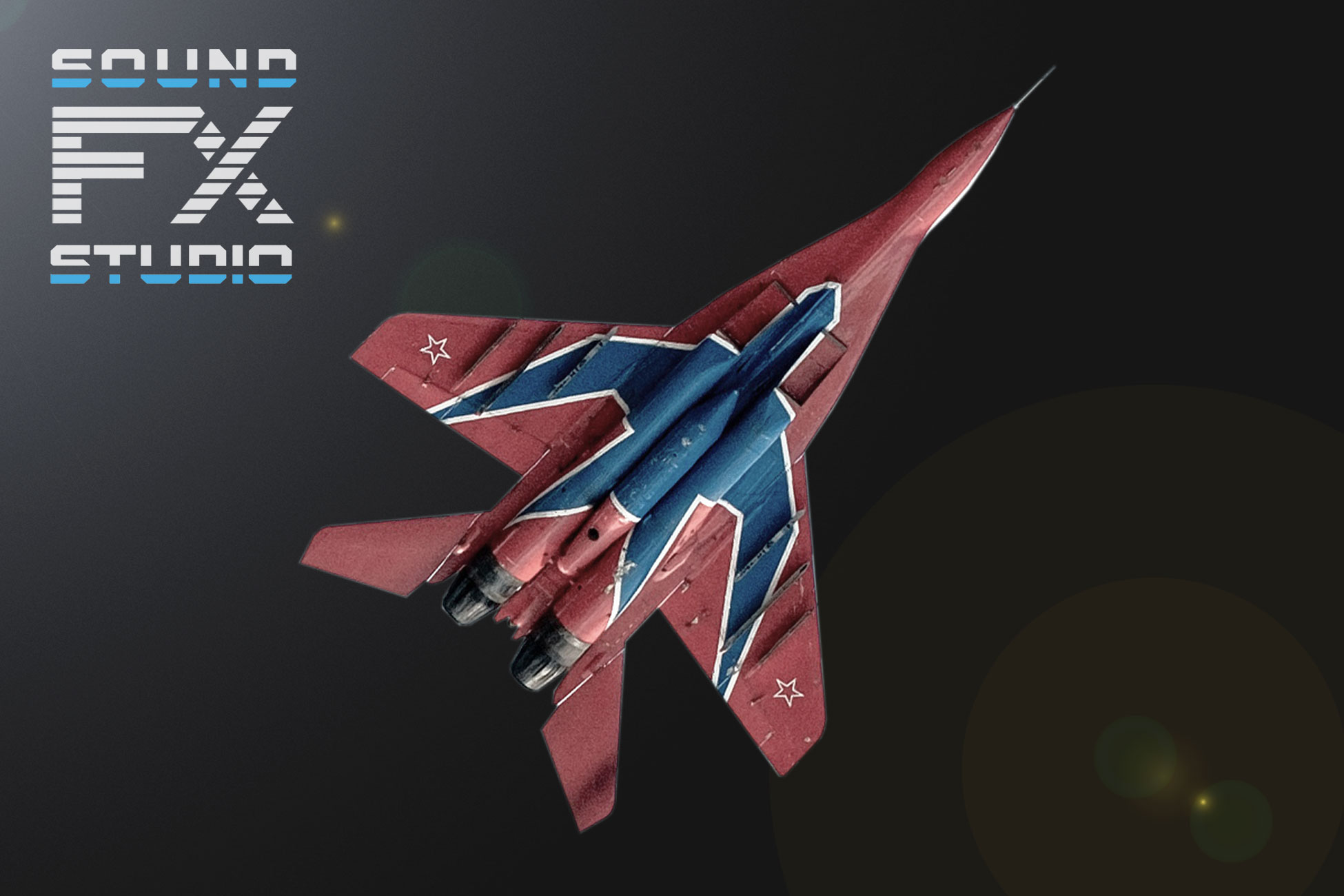 MiG-29 FIGHTER JET SOUND SYSTEM Youtube Preview | Soundcloud Preview | Website ⚡ Take your game to a professional level: Fully implemented Fighter Jet Sound System and Advanced Flight Model of the MiG-29 jet for game developers. It contains scripts for reproducing the sounds of a MiG-29 twin-engine jet fighter aircraft depending on engine RPM, jet speed, angles of view, and the distance from the aircraft to the camera. Perfect sound quality, optimal length and format. The Fighter Jet Sound System for MiG-29 includes 16 seamless loops and 8 special sound effects. WAV 48kHz 24bit as well as compressed OGG-files. Revive your Russian MiG-29 Jet Fighter ⚡ 3D-Model of the plane used for example. You can use own 3d model for your Jet Fighter. The Mikoyan MiG-29 is a twin-engine jet fighter aircraft designed in the Soviet Union. The MiG-29 was developed to counter new U.S. fighters such as the McDonnell Douglas F-15 Eagle. Its first flew in July 1982. The maximum altitude the MiG-29 can fly is about 20 km. More than 30 nations either operate or have operated the aircraft to date. All of our jets are based on the same implementation principle with the same functions. Therefore, when you configure MiG-29 for your project, you can easily use other jets from soundfx.studio. Contains a Demo Scene with MiG-29 Fighter Jet already setup. You can control the aircraft using the keyboard or game controller. Support: info@soundfx.studio