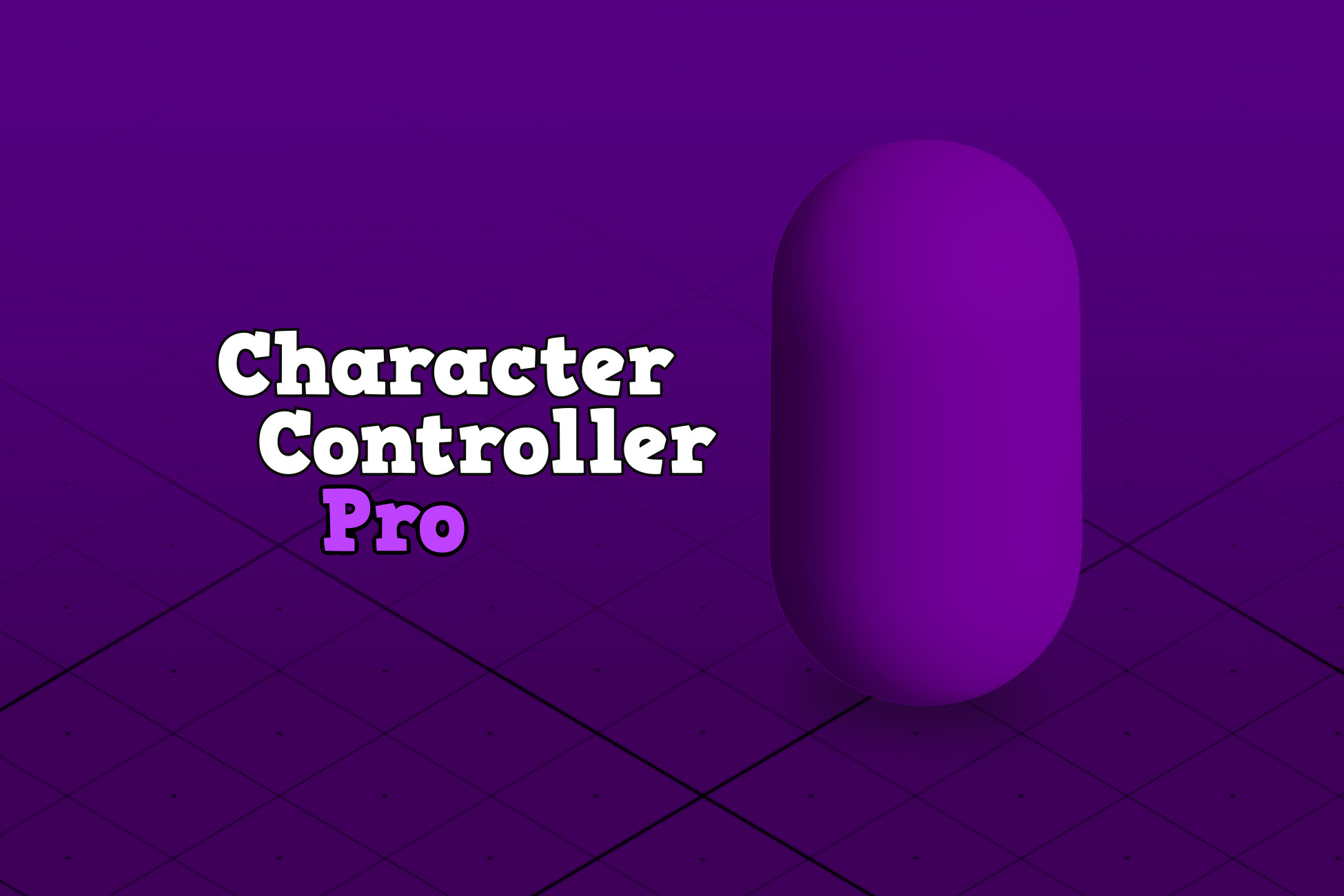 Contact: Email | Unity Connect ───────────────────────────────── Links: Official website Web demo (WebGL) Desktop demo (Windows) FAQ Documentation Forum thread ■ Description Character Controller Pro is a 2D/3D Dynamic Capsule based character controller/system. - The character controller allows you to handle the movement, rotation and size of your character (among other things) in a precise way. - The character system (also called "implementation") is built on top of the character controller. It main purpose is to give you some nice and extensible components (character states and abilities, input detection, AI, etc.) allowing you to quickly create your gameplay elements, without reinventing everything from the ground up. ═ Body Currently it only supports an upright capsule based character. This basically means that the vertical direction of the capsule will always be transform.up. ═ Physics This package works with 2D and 3D physics, so you will get an "all in one" package. This is great if you want to create characters for your 2D and/or 3D projects, using one unified asset (otherwise you will probably have to buy two different assets with no connection between them whatsoever). ═ Games This asset can be used with any type of game that requires a 2D/3D capsule based character, from a 2D platformer to a 3D first person shooter. If you have more questions, please check this FAQ. ■ Content Core This part is in charge of the low level tasks, such as collision detection, movement and rotation, size handling, updating the character info, triggering events, etc. Implementation Consist of a bunch of components that implement the functionality of the Core. These components serve as a “character ecosystem” around the Core. This part of the package can be customize and/or extended if needed. Documentation An online user manual with all the info needed to use and understand the basics of the character controller/system. Also an API reference is included with the package. Demo Basically all the assets used for the making of the demo scenes, from materials and sprites, to pure data containers. ■ Features Core: - Rigidbody based. - Capsule body (upright). - 2D & 3D physics. - 2D & 3D movement. - Step handling (any height). - Slope handling (with max slope angle limit). - Size handling. - Moving/Rotating platforms support. - Collision information (ground normal, slope angle, ledge detection, wall angle, etc.). - Collision events. - Contacts information. - It works with any orientation. Implementation: - Chraracter controller implemented as a state machine. - Walk and Run. - Shrink. - Variable height and multiple jumps. - Ground and air control. - Material properties (Customize the amount of movement control for the different surfaces and volumes). - Shrink. - Dash. - JetPack. - Action-based movement (for the Human and the AI). - AI behaviours (sequence and navmesh pathfinding). - Supports custom states creation for the character. - Input detection for Desktop (using the Unity's Input manager), Mobile (using the Unity's UI system) and/or a custom solution (to be implemented by you). - Moving/Rotating Platform Controller. - 2D & 3D Camera controller. - Animation controller (support for IK foot placement using curves). - Particles effects. - Demo character (animated). Additional: - User manual (online). - API reference. - C# code available. - Tooltips. - Demo scenes included